Full site editing is coming to WordPress with 5.8 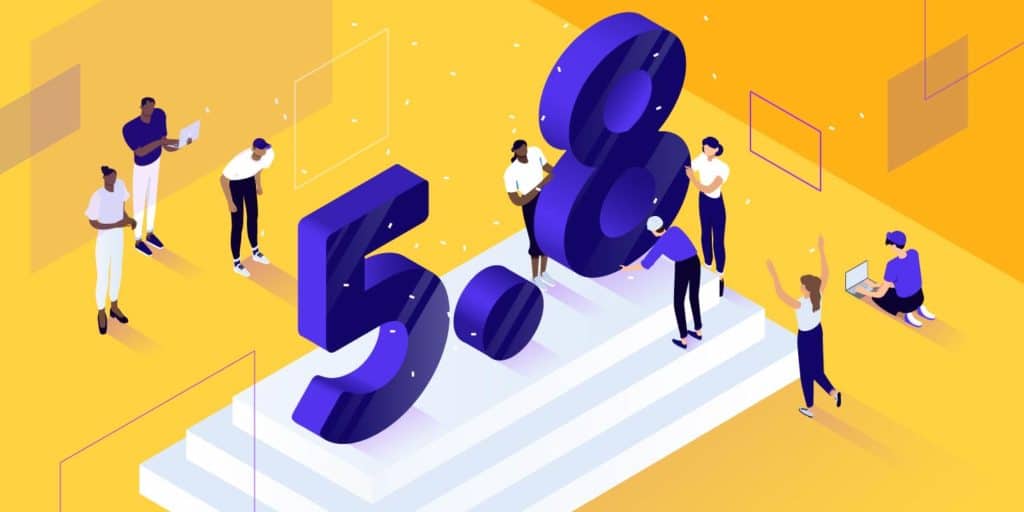 As great as WordPress has been for the web developers among us, beginners and casual website owners have remained rather unimpressed with WordPress’s abilities. This is all about to change with the release of WordPress 5.8 scheduled for July 20.

I mean, sure, WordPress has always been powerful enough to handle any task you might throw at it, but the difficult part was learning how to use the platform to its full potential. In plain English, WordPress has often been criticized as not being user-friendly enough.

This is where the simplistically-named “full site editing” comes into play.

Today, we look into what full site editing (FSE) is and how it can help you, the user, flatten the learning curve of WordPress.

What is full site editing?

Before I can tell you what FSE is exactly, we need to take a quick history lesson. A couple of years ago, Matt Mullenweg, one of the creators of WordPress, introduced the Gutenberg block editor during his Q&A session at WordCamp Europe. This was a huge change in how WordPress handled the process of page/post building.

Before blocks, users only had a simple TinyMCE editor at their disposal. The only way you could work on your pages to customize them was by treating them like a Word doc and hoping that things won’t break as you attempt to move content around.

Blocks changed that. With blocks, your post or page is now a blank canvas on which you can place… well, different blocks. Those blocks can be anything. From text to images, video, audio embeds, galleries, columns, you name it.

At the end of the day, blocks make it much easier to work on what would otherwise be normal blog posts and pages.

Basically, why use blocks to build only posts or pages when you can use them to build entire websites?

That’s what FSE is. It grants us the ability to use blocks (originating from the block editor) to customize entire website designs/layouts instead of just posts or pages.

Like with every new thing that relates to website tech or software, there are good things and challenging things.

Depending on the type of user you are, FSE can have a huge impact on your workflow… or no impact at all.

On the far end of the spectrum, there are power users — users who would like to customize as much of their site as possible. At the same time, some of those power users are not skilled enough with source code to do everything by hand. These users will benefit from FSE immensely.

On the other end, there are casual users who just want to install a good-looking theme and not have to worry about any sort of design customizations, apart from uploading a logo. These users won’t even notice that FSE is there.

The simple explanation is this: with FSE, what used to be hard-coded inside a WordPress theme is now just a series of blocks that can be moved around and customized to match the user’s needs.

Therefore, if you’re the kind of user who wants to be able to customize every tiny element of your site’s design, FSE will let you do that. This is especially valid if you’re a business and don’t want to rely as much on third parties to help you customize your website.

That being said, if you can’t be bothered with such things, FSE is not forcing you to do anything at all. You can continue using WordPress like you’ve been using WordPress all along.

What full site editing means for developers and designers

This is where it gets tricky. FSE means changes.

The days of single-purpose themes are nearly done. With the rise of page builders like Elementor and then Gutenberg, it’s been becoming harder and harder to create a theme that can stand on its own and deliver unique features that are either difficult or inconvenient to achieve with builders.

FSE makes it even tougher.

For once, not all themes are compatible with FSE right out of the gate. This means additional development costs.

On the other hand, if you boycott FSE, you’re only setting yourself up for failure in the long run. Even though FSE may not  be hugely popular from day one, you still cannot afford to be too late to the party. With WordPress heading towards a 50% market share, no developer wants to miss out on a cake of that size.

Here’s what Hardeep Asrani, WordPress contributor and developer with Themeisle, had to say about FSE and its impact on the WordPress ecosystem:

“With FSE, WordPress will become truly WYSIWYG. Developers will be able to provide users with a better solution to work on their websites — without having to install page builders or needing to learn CSS. However, this will also change the way themes work under the hood. We’re moving away from large packs of PHP files (that handle all those different page templates right now), and toward doing most things via CSS, along with JSON configuration files.”

A quick overview of FSE in WordPress 5.8

How to get FSE enabled on your WordPress site?

There are three main elements that you need:

Let’s discuss that last element in a bit more detail. By default, and certainly not until FSE gains some traction in the mainstream, not all themes are compatible with FSE. Or, rather, very few are at the time of writing this article. An official FSE-enabled theme by the WordPress crew is called TT1 Blocks.

How to start experimenting with full site editing

Getting started is fairly straightforward. You can click on the Site Editor link that’s in the WordPress sidebar, or you can go to any post or page editing screen. There, you’ll find a new section called Template: Single Post.

Further down, there’s also a section called THEME blocks. This is for things like the main theme header, footer, and other elements enabled for modification by the theme’s developer.

You can take any of these blocks and put them somewhere on the canvas. For instance, if you want to add the post excerpt below the headline, it’s as simple as taking it from the list and dragging and dropping it exactly where you want it displayed.

We are all pretty excited about these new developments and the whole direction to make WordPress more functional not only for casual users but power users as well.

We are more than a hosting company. Get a whole package of exceptional tools for startups